Welcome to Slender: The Arrival, the horror game based on the titular character, the Slenderman. If you're not familiar with the Slenderman lore, he is a tall, thin, and faceless human-shaped. The Arrival is the prologue to the first slender game, Slender: the Eight Pages, which was itself an experimental game. In the first, players are challenged to search the short game for eight pages of a book while being relentlessly haunted by a faceless man, the Slender man. 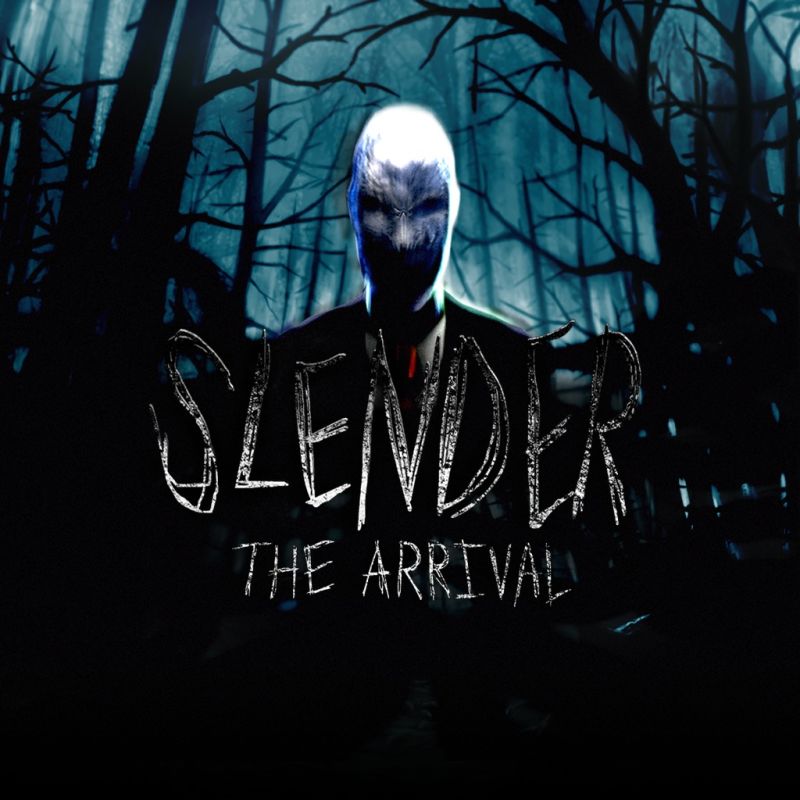 Slender: The Arrival (also written as Slender – The Arrival or Slender The Arrival) is a first-personsurvival horrorvideo game developed by Blue Isle Studios among Parsec Productions as a fully realized, commercial version to Parsec Productions' Slender: The Eight Pages, with Chapter 6 being a remake of the aforementioned game. It was released on Microsoft Windows and OS X on March 26, 2013. Thereafter, the game was released on Xbox 360 and PlayStation 3 in September 2014. It was released for PlayStation 4 and Xbox One in March 2015, before shipping onto Wii U in October. A Nintendo Switch port was released in June 2019. Like its predecessor, the game is based on the Something Awful forums' creation, the Slender Man. Slender Man’s creator, Eric Knudsen, served as a producer.

The majority of the game takes place in abandoned areas (house, defunct mine, etc.), each with different objectives. Slender: The Arrival uses similar mechanics to its predecessor, The Eight Pages. The character is armed only with a flashlight. This limited defense forces a sense of helplessness, as the best way to survive in the game is to run whenever in danger. The Slender Man's behavior changes slightly between levels. In the first level, the Slender Man can be seen outside the window, and after going through the gate outside he can be seen on the top of hills well away from the player. In level two, he most often teleports off-screen or just out of the character's line of sight, but is capable of appearing directly in front of the player. It is observed that his motion centers around following the player, but consists largely of jumping from place to place, the inconvenience of which is increased as each of the eight pages are collected. His behavior is much the same as this in level four, except more active. In level three, he pursues much less aggressively, though is capable of teleporting directly in front of the player. In this level, the main antagonist is a girl who chases the player (most often following her path directly, but has been seen teleporting. It is unknown whether this is a glitch or an in-game mechanic). The only way of subduing her is by focusing the flashlight (on its second setting) on her. While looking at the Slender Man, the camera succumbs to electronic distortions such as static, blurring, color spots, audio distortion, etc., which obstructs the player's vision unless facing away, and far enough from it. The player cannot pause while this occurs, to prevent them taking a break due to being frightened. When caught, the game over screen is also different; while in Slender: The Eight Pages, the player saw a white static background with Slender Man's faceless head, the one for Slender: The Arrival is black, with an overhead-lit and color-distorted hue and less static.[1]There are also new choices in difficulty (which must first be unlocked by completing the game once) being easy, normal, and hardcore. In hardcore, the flashlight can run out, enemies are more aggressive and the player's stamina runs out quickly. Easy has infinite flashlight, a great deal of stamina, and the enemies are not very aggressive.

Lauren, in response to several unsettling letters Kate had sent her, visits her childhood friend. With the sun setting, Lauren discovers Kate's home, doors ajar, furniture and belongings disheveled. On the walls of Kate's room are scrawlings of an ominous figure and haunting messages. Lauren hears a woman's scream coming from a shattered window. Searching for her friend, Lauren heads towards the sound, into the wooded park behind the house. She activates three generators to light up the path and finds a burnt farmhouse. Inside is Charlie Matheson Jr., a boy who had disappeared years ago and is now deformed. He disappears when Lauren approaches him.

Lauren searches the wooded area for clues as to the whereabouts of her friend but only finds more scribbled drawings. As she ventures deeper into the park, scopaesthesia causes her to encounter a tall, faceless figure named Slender Man. After all eight pages are collected, Lauren runs from Slender Man, slipping down an embankment, hitting her head and passing out.

She regains consciousness in the morning. Still searching for Kate, Lauren stumbles upon an old abandoned coal mine. To get out, Lauren attempts to power the emergency lift by activating six generators. Her progress is hindered by the attack of a figure known as the Chaser, who is afraid of the light of Lauren's flashlight. Slender Man later attempts to attack Lauren in the mine.

Lauren escapes and uses the lift to get out of the mine. She reaches a storage outpost with a television and two tapes. One shows Kate hurriedly scribbling upon papers. When Kate discovers that Slender Man is trying to get in, she starts to close every door and window in the house, but Slender Man manages to get inside. Kate then runs back to her room where Slender Man suddenly appears inside. Kate appears to jump out of the bedroom window before the tape abruptly ends. The other tape shows Carl Ross, a friend of Kate, investigating a farm where he repairs a pulley system, finds gas canisters to power a generator, and looks for a key to unlock a gate to a chapel. Charlie pursues him and eventually chases him away. Along the way, Lauren can find a teddy bear. Interacting with it starts a level where Charlie is playing on the beach and after collecting a trail of toy trains that lead him into the woods, he is caught by Slender Man.

Lauren continues up the mountainside towards a radio tower. Slender Man attempts to capture Lauren while she avoids fire and falling trees within a burning forest.

Lauren narrowly escapes her attacker in the hallways of the radio tower building and looks for a key to unlock a door. Her flashlight's batteries die as she goes through the door, only to find she has reached a dead end, containing a burnt body, a fire, and a camera with the recording of two panicked people. Shortly after listening, the corridor goes dark and Charlie runs towards Lauren accompanied by flashing images of Charlie before blacking out.

An additional level takes place after Kate fled into the woods where she collected the eight pages while being followed by Slender Man, after finding all the pages Slender Man catches her, claiming that he 'has plans for her'.

If the player has beaten the game once before, a Hardcore difficulty option will unlock, which is like the first game but more difficult. One difference is that Lauren must find gas canisters in order to power the generators in the mine. Before a game update, upon completion of the game again, Lauren will attempt to escape by jumping from a high area, in which her camera dies after she does so. After an update to the game, this ending is no longer possible to get. The game now ends with Lauren awake in the basement of the farmhouse from earlier with Charlie blocking the way out. After finding two documents, Charlie disappears. Lauren hears crying upstairs and finds Kate, but Kate turns into the Chaser and attacks her. Lauren's camera turns back on temporarily to show someone's legs (most likely Lauren's) being dragged away by someone unseen.

A secret level is also unlockable, which takes place at Kate's house in the daytime. Far cry 4 pc download windows 10. The player's character is unknown but the goal of the level is to travel from room to room while avoiding Slender Man.

Eight screenshots were released on the official Slender: The Arrival website, followed by four on the Blue Isle Studio website.[4] A trailer was released for the game on December 23, 2012.[5]

On December 1, 2012, Blue Isle Studios announced its partnership with the Marble Hornets team, a YouTube channel known for its horror videos which heavily featured Slender Man, and helped to shape the modern version of the Slender Man. Joseph DeLage, Tim Sutton and Troy Wagner helped write the script for the initial release of the game.[6]

On February 9, 2013, Slender: The Arrival was opened to the public for beta testing. If one pre-ordered the game, they were entitled to a free demo of the game. Pre-orders were $5 each, but once the game was released, it would be $10.[7]

In a positive review, The Escapist said 'you may have mixed feelings about its brevity and the repetitive mechanics, but it's certainly a well-built game that, above all, is scary to play' and gave the game a score of 4.5 stars out of 5.[21]VVGtv gave the game a score of 8.8/10, praising the game's graphics, sound, gameplay (with the exception of a few elements) and mystery element, while criticising the short story, adding that 'if you played The Eight Pages and are looking for the next scare to really get your adrenaline pumping and to get you to yell like you did when you first saw Slenderman right behind you, this game will not disappoint'.[22]GameSpot gave the game a score of 8.5/10, calling it 'one of the most terrifying games in recent memory'.[14]

In a negative review, VideoGamer.com said The Arrival is a 'frustrating game, not just because it can be occasionally unfair but because these guys clearly have no idea how to promote fear. Running around playing kiss chase with a trans-dimensional being doesn't really cut it.' and gave it a score of 4/10.[17]