If your time is shared almost equally between macOS and Windows, then Parallels Desktop 13 is a welcome addition to your workflow. Alongside eliminating the need to reboot into the desired operating system, it's also speedy enough to launch, suspend, and resume Windows and its apps without ever interfering with your activities. All that for as low as $6.66 per month, which includes a handy toolset and remote access to the computer desktop. In addition to the 14-day trial, a Parallels purchase is protected by the company’s 30-day money-back guarantee.

The company behind Parallels Desktop is Washington-based Parallels Inc., creators of cross-platform software enabling businesses and individuals to use their favorite devices and technology on any number of platforms, covering everything from Windows, Mac and mobile to Linux, Raspberry Pi or the cloud. It does so by delivering virtual desktops and applications to any device, running Windows on a Mac, Mac management with Microsoft System Center Configuration Manager (SCCM), remote access to PC and Mac computers from any device, as well as simplifying common computing tasks on both PC and Mac computers.

Using a virtual machine allows the whole disk formatting step to be skipped and instead proceed with directly installing the desired operating system. Parallels Desktop provides a variety of free systems, covering the likes of a Windows 10 Development environment, a Modern IE environment, a handful of Linux operating systems (with the key ones being Ubuntu, Fedora, and Debian/GNU), Android and even macOS 10.13.4 from the Recovery Partition. But the main reason regular users might install Parallels or its competitors is for standard Windows. It’s very convenient to be able to get started using Windows 10 without an install disk or to transfer apps and files from an older PC using the Parallels Transfer app.

The switch between macOS and Windows can be done super easily, especially if you are regularly running both operating systems, though starting Windows along with the Parallels Desktop virtual machine does require some custom configuration. 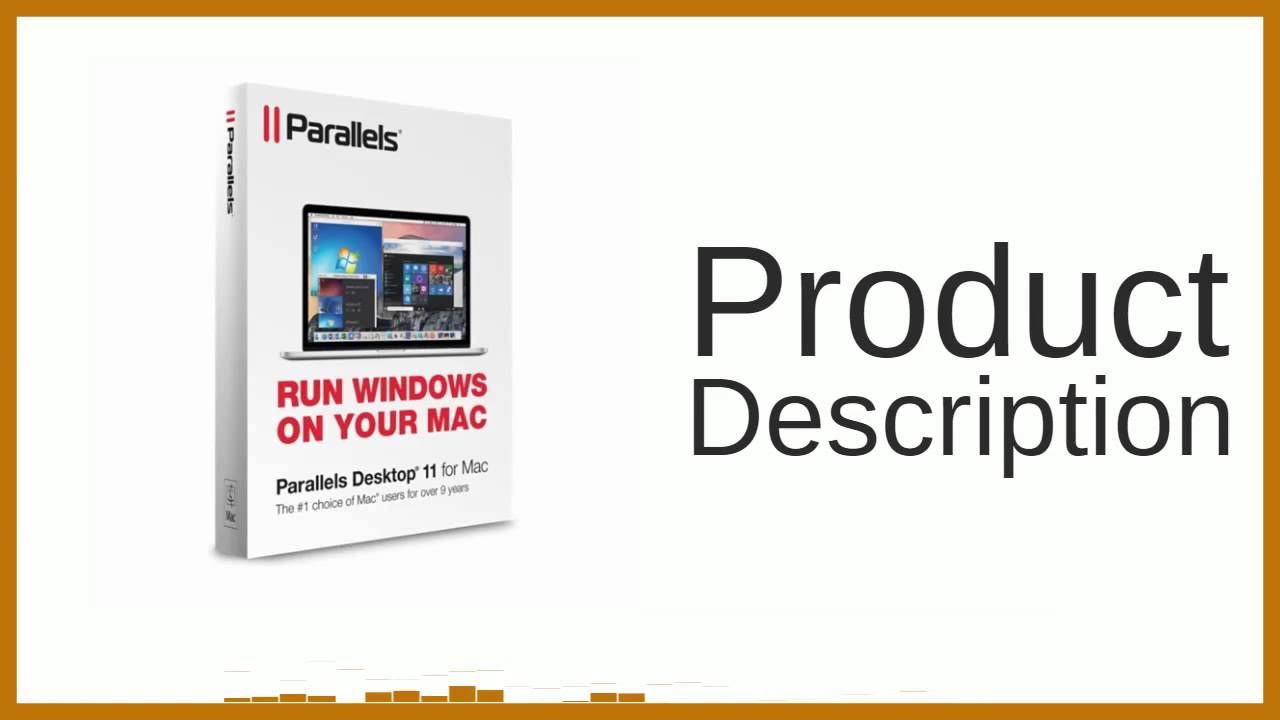 Launching Parallels Desktop will have a noticeable impact on the Mac's performance since it is sharing the computer’s limited resources with a whole other operating system at the same time, however the developers have done a terrific job of optimizing the software's performance to lower the energy and resource impact that it has on the system. Travel Mode, for example, will prolong battery life unless you start playing games on the Windows platform, the latter of which is possible thanks to in-built DirectX support. Windows 10 under Parallels also supports the macOS function Quick Look, which is very helpful indeed.

Virtual machines can be configured so that they start automatically alongside macOS or whenever Parallels Desktop is launched. We tested the program on a MacBook Pro (late 2016) and the boot times of Parallels for Mac performed quite well, taking only 27 seconds to launch both Parallels and Windows 10. Meanwhile, directly clicking on a Windows-only file on the Mac system will speed up boot time to just 20 seconds, while it takes only 10 seconds if Parallels was already open. Data transfer times are just as snappy, too, for example a 4.7 GB file from macOS to Windows 10 and vice-versa took only 30 seconds to copy over via USB-C. Simply put, Parallels Desktop won’t put too much strain on modern hardware.

When it comes to sharing, virtual machines are a relief because they make possible what is impossible via Boot Camp: sharing folders and files between systems. By default, Parallels Desktop provides something they call a “Shared Profile”, which shares the user's home folder with Windows. This combined with shared cloud folders streamlines workflow, especially since it means another neat feature of Parallels – drag and drop – is no longer necessary to share data between the two operating systems.

In other words, you won't have to manually drag and drop a Corel Draw file you received via email; just save it to a shared folder, launch the respective app in Windows, and start editing the image. Its location will remain unchanged even after editing unless you move it. While convenient, this raises security concerns, however, so additional protection (like using an antivirus software on Windows is recommended).

Save File in Shared Folder

Devout privacy and security enthusiasts will opt out from the shared folder and instead likely prefer using the drag and drop feature or would rather set up a custom folder both operating systems can access.

Depending on personal preference, Windows can either be run in Desktop mode (including full screen) or Coherence mode. The former means the two platforms are separate and is less distracting than using the latter, which allows users to run Windows apps as if they were native Mac apps. The problem with Coherence mode in Parallels for Mac is all the Windows task bar icons that typically appear at the bottom right of the screen instead show up in the menu bar adjacent to macOS’s own icons. This is annoying because you'll get duplicated icons such as battery, network and sound.

However, active Windows apps will helpfully appear in Dock with the red Parallels sign, so it's easy to identify them. We didn't experience any performance issues when using various Windows apps, though Parallels Desktop doesn't remove items from the Recycle Bin after shutdown, unlike rival VMware Fusion. This instead requires manual user interaction, such as with the “reclaim space” function.

Although Parallels cannot show Windows apps in Launchpad, it does place the Windows applications folder in Dock, so accessing them is easy. Also, the software allows the sharing of Mac apps with Windows and vice-versa, so they can be launched just as they would on the Mac tying the app’s name into Spotlight. Thanks to the deep level of integration that Parallels provides, users can open a file in a Windows-only app in macOS and vice-versa by right-clicking on the file name and selecting “Open With”.

Installing Parallels Desktop on a Mac is pretty straightforward. After purchasing the product users will get a download link, and from that moment on everything is smooth. Users will still need to sign up for a Parallels Account, though, to register their product.

After picking the first solution offered by Parallels that includes a legitimate copy of Windows 10 from Microsoft, the whole installation process – meaning both Parallels and the download of Windows 10 – took less than 40 minutes. Naturally this will change depending on your internet connection speed and hardware configuration, but it’s impressive all the same.

When it comes to pricing, Parallels offers both a yearly subscription and a one-time purchase option. Also, individuals and businesses get different prices and options.

Before you show the money, the software can be tested free for 14 days, but if you do decide to purchase the software and end up changing your mind, then the 30-day money-back guarantee window is still there to get a refund.

How to download thing on mac from safari. Download an item In the Safari app on your Mac, click anything identified as a download link, or Control-click an image or other object on the page. Choose Download Linked File. (Some webpage items can’t be. To display the Download status list from the keyboard, press cmd+Option+L. You can also click the Download button at the upper-right corner of the window to display the Download list. By default, Safari saves any downloaded files to the Downloads folder that appears in your Dock. How To Download Pictures From Safari Mac There are several sites, browser extensions, and even Siri shortcuts on iOS that allow you download Instagram pictures and clips. But one of the easiest ways is to make use of developer mode.

Parallels Desktop is available for purchase from $6.66 per month (billed as $79.99 annually), which is the year-long subscription price for individuals and students. Developers, testers, and power users have a higher price tag of $99.99 per year for the Pro Edition, but this extra cost comes with support for up to 16 virtual vCPUs and 64GB of vRAM per virtual machine, a Microsoft Visual Studio plug-in, an enhanced network editor, ‘headless mode’ and much more. Businesses and IT professionals can opt for the Business Edition ($99.99 per year) which, in addition to the extras of the Pro Version, allows the deployment of Parallels Desktop on multiple computers, advanced security features and centralized administration and management. The subscription and all the updates that come with it can be overlooked in favor of a lifetime license option for $99.99.

Parallels Desktop Pro Edition is available as a subscription and includes a no-charge subscription to Parallels Access and Parallels Toolbox, both otherwise priced individually at $19.99 per year. The former is the easiest way to remotely access your computer from anywhere, while Parallels Toolbox bundles in a set of essential Mac tools. All major card brands are supported – Visa, Mastercard, American Express, and JCB – as well as PayPal.

If you run into issues while installing or using Parallels Desktop, the company offers various ways to solve them. The easiest method of troubleshooting is to select the product on the dedicated support page, which leads to a searchable knowledge base. But you can also contact support 24/7 via Facebook Messenger, Twitter, Telegram, or Skype. Before contacting Parallels support, however, users will need to create an account and register their product(s), and, if a problem occurs, get a support code for Parallels Technical Support.

When it comes to contacting support, Parallels really gives users the option to select their preferred method, should that be social media, online chat, email, or phone. All Parallels Desktop products come with free phone and chat support for 30 days after registration, while email support is available for up to two years after the product’s release date. If you are looking for phone support with a Parallels Support representative, then there is a Phone Support service package for sale in the company's online store for $19.95.

Overall, Parallels Desktop is a solid solution for running multiple different desktop operating systems on a Mac. As you may already know, Apple's own Boot Camp allows users to install Windows onto an NTFS-formatted partition of the startup disk, but this has several drawbacks of which dual boot is just one. Parallels Desktop solves this issue and allows users to run both operating systems at once and to share files and folders between them without any major hassle.

That's a major advantage, along with the seamless integration of otherwise system-specific functions, such as Microsoft Cortana, Touch ID, and Touch Bar support, and Mac-native “Share” and “Save to” menus in Windows. In terms of performance, the virtual machine Parallels Desktop creates may be slower by a fraction of a second compared to a PC running Windows, but that's something that is easily forgotten in real-life usage. The speed difference may look good in a chart showing the performance difference in seconds, but it won't be noticeable in action unless you are running resource-hogging games or apps. If you are into gaming, Boot Camp may be a better choice than Parallels, as the latter is only allowed to use the allocated hardware resources.