Beatmania IIDX 14: Gold (stylized as beatmania IIDX14: GOLD) is the 14th game in the beatmania IIDX series of music video games. It was released in arcades by Konami on February 21, 2007. The game features over 45 new songs, some of which are unlocked over Konami's e-Amusement platform. The game instituted another hardware change for IIDX, now running on more powerful hardware using Windows XP Embedded as its operating system.

The user interface features a predominantly metallic appearance, with gold and silver accents throughout. 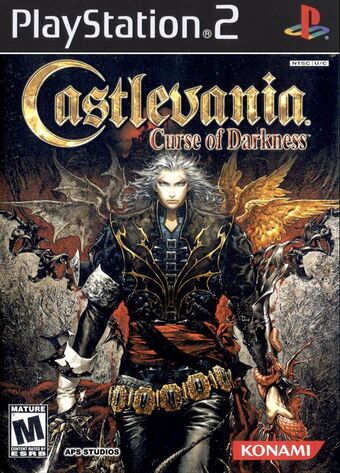 Core gameplay remained the same on Gold. A new hidden modifier, 'REGUL-SPEED', locks the BPM of a song to a constant 150, but scores achieved with it turned on are not recorded. In addition, a new song folder was added, Assist Clear, for songs which were cleared using the 5-Key or Auto Scratch modifiers. Gold also utilizes less strict timing windows than previous arcade releases, utilizing more CS-like timings. Also, the ability for 2 players to play on separate difficulties was added.

A new e-Amusement feature added to Gold are 'GP', points earned during songs which can unlock secret songs such as console exclusives and revival songs from previous styles.

If the player gets three AA's on any difficulty (without use of the Random or Mirror modifiers) and the levels for all the songs add up to either 20 for Hyper or 30 for Another, the player is awarded a chance to play the extra stage, Vanessa by 朱雀 (Suzaku). The stage is played on Hard mode, which removes the 80% groove gauge requirement, but will fail the player if it drops down to 0%. If the stage is cleared, the player gets to play One More Extra Stage, Fascination MAXX, a crossover from the then recently released Dance Dance Revolution SuperNova.

An additional extra stage-like system added to Gold through e-Amusement is the VIP Room, an extension on the system introduced by Distorted's 'Cardinal Gate' system. To access the VIP Room, the player must play 30 songs on one difficulty, then pay 1700 GP. This unlocks the Silver Room, containing GOLD RUSH by DJ Yoshitaka-G feat. Winbox for mac. Michael a la mode.

Clearing 60 songs on one difficulty, then clearing GOLD RUSH with an A in hard mode, plus another payment of 1700 GP unlocks the Gold Room, containing CANDY GALY by Risk Junk-G.

Clearing 90 songs, 5 songs from IIDX Records on the same difficulty, clearing CANDY GALY with an A or higher in hard mode, and another payment of 1700 GP unlocks the Platinum Room, which contains 電人、暁に斃れる。 (Denjin, Dead at Dawn) by L.E.D-G. An additional OMES in the Black Room was Sense 2007 by good-cool.

The VIP Room system was later dropped as all songs were later unlocked for regular play on e-Amusement connected machines. All songs contain different frames for the gameplay UI in their room's color.

*1 CROSSROAD has 2 different versions in this game.

Notable songs from this version include:

The home version of Beatmania IIDX 14: Gold for the PlayStation 2 was released on May 29, 2008. The console version includes new songs such as 6 collaborations with IIDX regulars, 6 unlockable songs, and revivals of older songs from other IIDX versions and from the original 5-key Beatmania series, a total of 96 songs.

Two songs from the Kaiden course in Class mode, Vanessa and Kamaitachi, feature new Another charts only playable on the course, which are more difficult than their original charts. As with other recent PS2 styles, the game also contains unlockable interface items, such as different menu music, category announcers, additional lane covers for the Sudden+ modifier, and discs for the turntable icon in gameplay.

The original videos of Last Message and Sense 2007 (which are infamous for containing scenes of sexually provocative imagery, were replaced with generic videos on Gold CS due to stricter age certification processes by the CERO and a desire to keep the game A-rated, although Last Message's video was included on the console version of 7th Style (which does not have a CERO rating). On the contrast, 星をこの手に now has a dedicated video, and Metallic Mind now has overlays featuring Hihumi, the mascot of the game.

Gold was the first version of Beatmania IIDX to have a dedicated English build for the North American market. As with other music video games, Japanese IIDX machines have been imported by some arcades, but are still considered rare. This is not the first time a Beatmania IIDX game has been released in North America though, as a Beatmania game based on 9th Style, featuring songs from IIDX, and the original Beatmania games, were released for the PlayStation 2 in 2006. These did not have an arcade counterpart.

The build was first seen at a location test at Brunswick Zone Naperville in Naperville, Illinois. Most of the instructions in the interface was translated into English, though Dan mode was untranslated, and song titles were not translated or romanized (although the LED marquee does show titles in a romanized format on all styles by default).[1] The English build of IIDX Gold was never released.

Umm, let's get this thread started.
This is going to be a sweet release, I can't wait to have that slick interface at home.
I just hope i can get DistorteD before I get this one, haha. Hopefully I can get a limited edition.
And I wonder what the preview song for DJ Troopers will be?

Or they might pull a HAPPY SKY and not give us one lol.

Let’s see some sweet CS songs. And what about that IIDX song collaboration contest of what ever.
Oh and thumbs up on the 700th post.
EDIT 12/20
some songs have been announced
Don't Stop!
R5
GET ON BEAT (WILD STYLE)
JIVE INTO THE NIGHT
QQQ
RIDE ON THE LIGHT (HI GREAT MIX)
19,November
20,November
AVE DE RAPINA
Last Message
革命

Drivin'
Halfway of promise
thunder
I Was The One (80's EUROBEAT STYLE)
No.13
雪月花 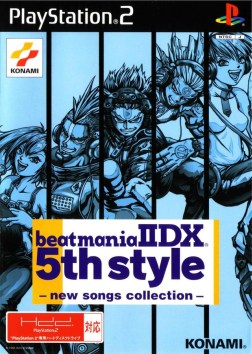 Yup, the list is up in the game database as of today.

Wow, those are pretty nice songs. QQQ is an awesome song, I've really wanted to play that for a while.
I apologize if this is just my lack of knowledge, but is there any reason Inori and Regret are omitted from the songlist?

They were on IIDX RED CS and probably didn't get revived cos they didn't get new charts? Just a guess.

but their debut was gold AC right? dont be afraid myself, taiyo, and some others were on 8th CS and made it into red CS without new charts, its pretty weak that they are omitted.
Quote: sharibetsu in The Unwritten Rules of ZIv thread
Any popular thread must have at least one debate between n00b_saib0t and someone else.

They weren't 8th CS . They were IIDX RED AC songs stuck into 8th as previews. 8th CS was released AFTER IIDX RED AC came out.

thanks for proving my point
Quote: sharibetsu in The Unwritten Rules of ZIv thread
Any popular thread must have at least one debate between n00b_saib0t and someone else.

This is why I want to get a PS3 so I can play these IIDX games. I do love our US version of beatmania, but I want to play more and better songs. Especially 'Watch out!!'.

I like the old songs lists! KAKUMEI, Nº13 and 19 November will be included. (yay!)
Can't wait until the date release!!! I like the IIDX GOLD AC songlist!!
Goodbye (^^)v

Seems like a long time but it will be here before we know it. Can't wait.

That would be very random if that happened. Why would it be?
Well I hope that Blind justice poster is in the 'puzzle' artbook, and not just used for the cover.